I'm an Oxymoron - Emphasis on Moron!

Yesterday, I was beating myself up for being too chicken to share my book trailer with ten people and today, I'm asking an unknown number of people (more than ten, that's for sure) to go to No Water River, Renee LaTulippe's amazing blog, to watch me read a poem I wrote!  Anyone with half a brain would surely think that the first would be much less frightening than the second - right?  Thus the post title :-)


I discovered No Water River during Poetry month and have been a huge fan ever since!  So, when Renee emailed, asking if I would do a video poem, I agreed immediately.  It wasn't until I actually thought it through that I realized what I had committed to!  I couldn't back out on my promise, so I bit the bullet and did it.


Of course, I waited until the last minute to make the video - the day before I needed to submit it.  I did my first take and OMG was I overly animated!  I was embarrassed watching it by myself.  I did a second take and I was just a drop more animated than the wall.  If this were The Three Bears, I'd say the third and final take was just right.  Sadly, this is not a fairy tale so, the video I submitted is somewhere between manic looney tune and zombie (minus the rotting flesh). 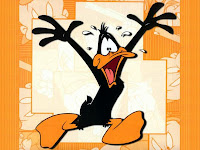 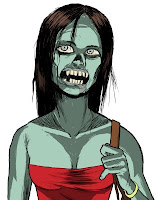 So, with all the confidence I can muster - and with no regrets - I'm inviting you to watch my video and read my interview at No Water River.  While you're over there, check out the other poets reading their work - they're terrific!


Connect with me on Twitter, Facebook, and LinkedIn. Plus, sign up for
free e-mail updates from this blog in the upper right-hand side of the page.

A Comedy of Errors #7 - Not So Funny and Lesson Learned

I went to an SCBWI writing retreat, Words in the Woods, this past weekend and it was wonderful (seven W words in one sentence - wow - nine)!  It was really more of a mini writer's conference than a retreat because there were three awesome speakers presenting at six different sessions; three critique group meetings and LOTS of socializing!  I didn't write a single new word but I did get some terrific feedback from my critique group and learned a lot from our speakers, Christy King, an agent at Writer's House; Alexandra Penfold, an editor at Simon & Schuster; and Marissa Moss, author, illustrator and Editor-in-Cheif of her newly formed publishing house, Creston Books!  Pretty impressive line-up, right?

But, even after all that amazingness, there's something I did that's nagging at me and I'm having a hard time letting it go.  If you know me at all, you know that letting go of mistakes I've made is a very, very, very hard thing to do (I still have regrets from sixth grade - I'll save that for another post).  In the scheme of things, it's not that big a deal but it's symptomatic of what I repeatedly do and I'm determined to change that!  So, here's what happened . . .

Saturday evening's session was with Marissa Moss - who is awesome - and she was talking about promoting yourself to a group of already-published authors - there were only about ten of us, so a nice small group.  Anyway, she suggested we watch two good book trailers as models of how we can make our own.  One of the other authors pulled them up on his laptop and we all gathered around to watch.  They had professional-looking animation and live actors - I was impressed. The aforementioned author, Alan Woodrow, said he had already made a book trailer.  We watched it and it was really funny.  Then another author, Alice McGinty, said she had a new book trailer but it was a work in progress.  We watched hers and it was cute (it'll be even better once they iron out the glitches).

Marissa commented that these were all good trailers because they didn't just read the book - they tempted the reader to read the book.  When she said that, I thought about the trailer I had made for 1 Zany Zoo and how I had used pages from the book and it didn't have any true animation or any live actors - I was totally second guessing myself and my trailer.  So - you guessed it - I chose not to tell the group I have a trailer and I sat through the rest of the session yelling at myself (in my head of course) for being such a chicken and wasting a great opportunity to share something about my book.

The rest of the night it kept nagging at me.  Meg, my roommate - my very patient roommate - told me to let it go and I managed to, for the most part.  Until, during the Sunday morning session for the whole group, Marissa mentioned the value of book trailers and raved about the great job Alan and Alice had done making theirs.  It took a few more hours for the self-nagging to subside and I only mentioned it to poor Meg about three more times - and once on the drive home!

This morning I woke up and rehashed the conference in my head and, damn - it snuck right back in! I thought I had let it go (who was I kidding?)  Then I reasoned, if I watched my trailer again (it's been a while) I'd see how bad it was and it would reinforce my decision not to humiliate myself by showing such an amateurish video.  Well, I just watched it and - I love it!  It doesn't have any true animation or live actors but it does just what Marissa said it should - it tempts the reader to read the book (thank you Colin Jack for your alluring illustrations)!

It was even harder then - I'd say nearly impossible - for me to let it go.  "What an idiot!!!" kept running through my head!  Instead of succumbing to the self-loathing, I decided to blog about it and maybe it would help other artists to release their self-doubt and muster up the confidence to be proud of their work!  I have to admit, this is not a totally selfless act - I figured, if I shared the story publicly, it would be kind of cathartic and would help me let go of it myself.  We'll see.

So, without further ado, I give you my unbelievably fabulous (too much confidence?) book trailer for 1 Zany Zoo.